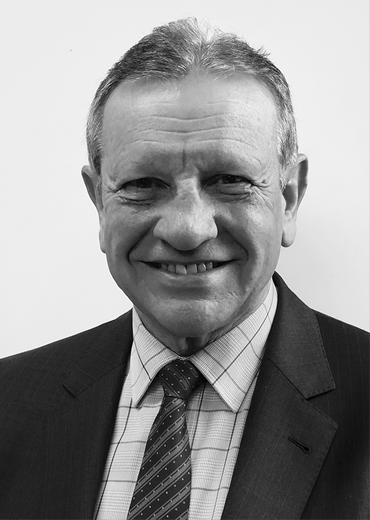 Is the Principal and founding partner at Dellios West & Co. Paul co-founded the practice in 1975. Paul is a general practitioner with broad experience in all aspects of law. He has a special interest in practicing commercial law, property law and seniors’ law. He is admitted to practice in all Federal and Victorian Courts and Tribunals, including the High Court of Australia, the Federal Court of Australia, and the Supreme Court of Victoria. Paul holds a Bachelor of Law from Melbourne University, is a Chartered Tax Advisor and is a member of the Law Institute of Victoria, the Resolution Institute, the Building Dispute Practitioners Society and the Whittlesea Legal Service. He is fluent in Macedonian.

Paul has a strong community focus which has seen him undertake a number of leadership roles at not-for-profit organisations such as Chairman and Life Member of Life Education Victoria, Board Member of Ivanhoe Girls Grammar, President of the Cooerwull Foundation, Board Member of Bundoora Extended Care Centre, President of Macedonian Aged Care, Chairman of United Villages Family Association, Vice President of 3INR, President of Whittlesea Legal Service and President of the Northern Suburbs Law Association. He has been awarded the Centenary Medal and a Law Institute of Victoria Legal Services Award for services to Melbourne’s northern suburbs. Paul can be heard on Tuesday nights on 3INR Community Radio talking “Legal News”.

Paul regularly accepts appointments to administer clients legal and financial affairs by VCAT Administration Orders, client’s Enduring Power of Attorney, and as an Executor of client’s Wills. Paul is committed to providing guidance and protection for each and every client of Dellios West & Co. 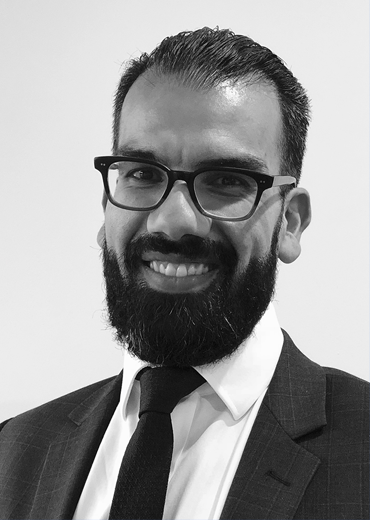 Commenced his legal career at Dellios West & Co in 2005 and has been a partner of the firm since July 2009. Charbel completed his studies at Monash University and holds a Bachelor of Law and a Bachelor of Business (Banking & Finance). As a general practitioner, Charbel provides advice in many of the firm’s practice areas. His areas of expertise include:

Charbel is able to provide advice and guidance in all areas of Business Law including the sale and acquisition of businesses, business structures, retail leasing, franchising, planning and environmental matters & liquor licencing. Charbel has extensive experience practicing in all areas of Family Law including property matters, parenting matters, third party property matters, domestic and same sex relationships, divorce proceedings, spousal maintenance and divorce applications. In the area of Litigation, Charbel has a keen interest in representing clients who have suffered a significant injustice as a result of undue influence, fraud, duress or language barriers. Charbel has developed a strong reputation for his pragmatic and client focused approach. Charbel presently sits on the Victorian Stewardship Committee of the Maronite Eparchy of Australia. He has previously held other leadership roles including Young Lawyers Representative and Vice President of the Northern Suburbs Law Association.

He is based at our Coburg office. Having grown up in Coburg he is a familiar face amongst the locals and understands the needs of the culturally diverse community. Charbel is fluent in spoken Arabic (Lebanese). He is a member of the Law Institute of Victoria.

Has been practicing as a solicitor since 2015 shortly after being admitted as a legal practitioner in the Supreme Court of Victoria. He joined Dellios West & Co in July 2017. Daniel completed his studies at La Trobe University and holds a Bachelor of Laws and a Bachelor of International Relations. He also has a Graduate Diploma of Legal Practice from the Leo Cussen Centre for Law. Daniel is a member of the Law Institute of Victoria. Daniel acts for clients in a variety of practice areas and has a particular interest in litigation, insolvency and bankruptcy. This includes conducting cases in all Australian jurisdictions. His areas of practice include:

Daniel has a strong desire to ensure that the best possible outcome is achieved for his clients and that his clients do not feel isolated throughout the legal process. Having always lived in the Northern Suburbs of Melbourne, Daniel has an understanding and appreciation for the needs of members of the community. He is based at our Fairfield office.

Commenced working as a solicitor at Dellios West & Co in 2019. Raphael completed a Bachelor of Laws (Honours) at La Trobe University following completion of a Bachelor of Commerce at the University of Melbourne. Raphael completed a Graduate Diploma in Practical Legal Training in 2017 following which he was admitted to legal practice in Victoria. He commenced working as a solicitor in August 2017 at a smaller suburban firm prior to joining our team. As a solicitor, Raphael’s areas of practice include:

Raphael is based at our Fairfield office and is committed to ensuring that he serves his clients with care and attention to their specific needs. Raphael is fluent in the Greek language and is available for consultations across all our offices.

Commenced working as a Law Clerk with our team in 2015 while she was still studying at University. Laura now holds a Bachelor of Laws (Honours) from Victoria University and completed her Supervised Legal Training with our firm following which she was admitted to legal practice in Victoria. Laura also holds an Advanced Diploma of Legal Practice. As a solicitor, Laura’s areas of practice include:

Laura is very approachable and is based at our Fairfield office, however she also travels to our Coburg and Thomastown offices for clients who are unable to attend her primary location. Laura is fluent in the Lebanese language. Laura is dedicated to ensuring that she assists our clients with guidance and protection for their legal needs.

When Laura is not working, she enjoys going to the gym and spending quality time with her family and friends.